“We have found the ExpenseIn team highly responsive and collaborative” 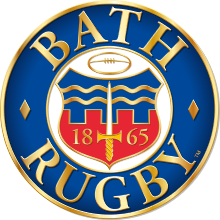 ExpenseIn are quick to answer our questions and resolve any issues. They clearly know the value of great customer service.

Founded in 1865, Bath is one of the oldest rugby union clubs in existence. Playing in the English Premiership, the club has won England's domestic competition, the Anglo-Welsh Cup, the Heineken Cup and the European Challenge Cup.

Our previous paper-based expense process meant that it was difficult for staff to submit claims on time and gain approval easily. This also meant an intensive review process for the Finance Team in ensuring claims were accurate and valid. In addition, paper-based retention of receipts led to staff losing receipts and not being able to make claims.

The platform is user friendly, straight forward and competitively priced. There are a number of app/cloud-based services available in the market, but the robust nature of the product and the collaborative approach of the ExpenseIn staff were real positives for us. It also met our company approach of trying to better ourselves through looking at tech-based solutions.

We are now able to have a much clearer audit trail of what claims are being made and this makes accounting for expenses far easier with much less review time.

The app has allowed staff to better “own” their expenses and ensure items are submitted in line with the company’s policies and in good time.

Due to the system being cloud based, this has removed the issue of staff needing their expenses to be signed off in person which has saved time and resources.

As with all changes to system and process it takes a period to imbed the new. However, after the initial training sessions it was clear, that the system had been well received by all staff and that they valued the ease of use it presented them with. All our staff have smart phones and a system integrated with something they are personally familiar with was clearly a real positive.

We have found the ExpenseIn team highly responsive and collaborative. They are quick to answer our questions and resolve any issues. They clearly know the value of great customer service.

Who else is using ExpenseIn?

The Lib Dems needed an easier way to manage expenses for field staff.

Explore how Ascot Racecourse successfully rolled out ExpenseIn across their team.

See all our case studies.

Get started with ExpenseIn today